The Environmental Media Awards were held on October 15 on the Warner Bros. lot in Southern California. The ceremony honored individuals, corporations and productions for their planet conservation efforts—and celebrities walked the green carpet! 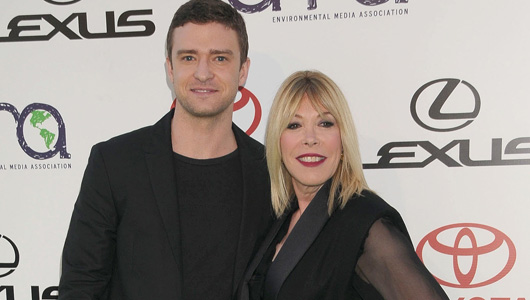 Justin Timberlake received the EMA Futures Award for his Mirimichi golf course in his native Tennessee. “We made a commitment to building a sustainable model for a golf course and we honor the land and the ecosystem that Mirimichi shares with nature,” he said, proud of the official sanctuary certification it received from Audubon International. “Doing things the green way is not always the cheapest way in the short term, but it’s the most sustainable way and the right way in the long term to do things. For those of us who travel the world making movies, TV shows and music we have to be aware of our carbon footprints.”

Awards were also given to the Producers Guild of America for its efforts to promote and facilitate sustainable practices and operations on film and TV sets, including a carbon calculator and training workshops; Southern California Edison for its commitment to renewable energy; and Marc Nathanson, for his waterless urinal. “There are over 100 million water guzzling urinals in the world. They each waste an average of 40,000 gallons. We have installed 350,000 waterless urinals throughout the world, saving 1.4 billion gallons of water per year,” Nathanson said.

“Revenge of the Electric Car” took Documentary Film and the animated “Yogi Bear” won Feature Film for its forest conservation and endangered-species-saving message. An episode of “Futurama” featuring Al Gore as a guest voice earned the Episodic Comedy award, and “CSI” won on the drama side for an episode about hydraulic fracturing, the natural gas extraction method that producer Andrew Haas deemed “probably the most dangerous threat to our water table today.”

“A big part of our mission is to let pre-schoolers know that very small people can make a big difference,” producer Robert Scull said, accepting the Children’s Television award for Nickelodeon’s “Bubble Guppies.” And in the Reality category, there was a tie: “HGTV Green Home.” Other films, TV shows and events received Green Seal awards for their green production practices, among them “Moneyball,” “Crazy, Stupid, Love,” “The Good Wife,” “Parenthood,” the Emmy Awards and the Sundance Film Festival.

Illuminated by LED lighting, the event featured organic and sustainable gourmet food at the after-party and provided compost and recycling bins, with helpers stationed nearby to help guests sort their garbage.