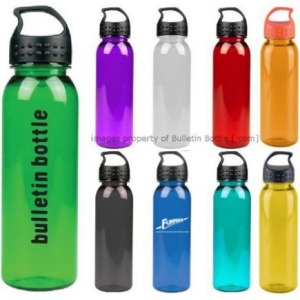 Have you heard about Tritan water bottles? They’re one of the best BPA-free bottle alternatives on the market. Tritan water bottles are ultra tough—they are impact and heat resistant, which means they are tough to shatter or melt. They also are leach proof, safe for use in dishwashers, and resistant to odors, tastes and stains.  Finally (and very importantly) Tritan water bottles are FDA approved. But what is the history of Tritan copolyester? Where did it come from and why are Tritan bottles so popular now?

After World War I, Kodak founder George Eastman founded Eastman Chemical Company to provide an independent supply of chemicals for use in his photographic processes. From there, the company began to manufacture products used in sectors like clothing, home furnishing, and automobiles. Now, one of Eastman Chemical Company’s focuses is polymers, which are used for a variety of packaging purposes—including food storage and water bottles!

The Tritan product was launched in October 2007, at a time when questions were arising about the safety of bisphenol-A (BPA). Since its inception, top companies have switched to Tritan for strong, BPA-free water bottles, blenders, infant care items, medical products, and more.

BPA, found in polycarbonate plastics, is an endocrine disruptor that has been shown to affect reproduction and brain development in animal studies. It can leach into foods and liquids and mimics estrogen when absorbed by the human body.

There are bans within several states and cities preventing BPA from being used in kids’ products, and more are being considered in legislature. Most water bottle manufacturers have moved away from BPA in their products. We discontinued all BPA water bottles back in 2008, when the potential issues with BPA were first discovered.

Tritan has come to market at precisely the right time, and Bulletin Bottle [.com] is proud to offer a variety of Tritan water bottles. Tritan bottles can be recycled by facilities that accept #7 plastics.